An Email and Newsletter Copywriter can turn your distracted and bored prospects into raving and engaged customers.

Keeping in contact with your prospects and clients by email is the single most cost effective and profit producing method you can use. So says the DMA (Direct Marketing Association). In fact they say that the ROI is 32:1 or £32 for every £1 spent.

So, call it a Newsletter, e-blast, email marketing or EDM marketing.

Basically all the same thing.

And using an email copywriter is the easiest and most stress free way of doing it.

Let’s be honest. You don’t have the time to do copywriting the way you think it should go. There are things about the role of copywriter you don’t understand. And you’re overwhelmed with questions and queries from other parts of you business all the time.

Writing email newsletters is the last thing on your mind.

It might be the last thing on your mind, but you know you have to get the copywriting done somehow.

Besides we’re not even talking about technical problems like; low open rates and poor click throughs that many have trouble with.

Today’s world needs a light touch, copywriters of old used to be able to ‘sell by benefits’ but alas, that doesn’t work anymore.

In fact, anything that ‘smells’ like selling is instantly rejected. This makes copywriting HARD.

How does a copywriter sell without selling? Subtly, is the short answer.

The longer answer is MUCH more complicated.

Shortly, I’m going to include an example on this page done by an email copywriter. You might find it shocking.

It’s probably unlike any other promotional email you’ve ever seen before. And, you might have an urge to instantly reject the concept.

I recognise your skepticism, but can I at least challenge you to stay the distance and hear me out. I’m trying to help you profit from this wether you use my copywriting services or not. I at least want to open your eyes to a new possibility.

You see, in order to get raving fans, your copywriting has to talk about what They are interested in, not what you can do or have done or anything about your product. And that might seem strange to you.

Look, the fact of the matter is that no one cares about anything but themselves.

Why would your prospect open an email from you when they know it’s pitching your new blue widgets (you told them in the subject line).

NO! this gets deleted immediately.

Instead, tell them about Julie Jones who juggled eight of your new blue widgets whilst skydiving naked (is that even possible?) for charity and is now in the record books.

Or a newsletter series about how you’re sending your next widget (the green one) into space. What the preparations are and how you plan to do it. How high will it go? will it break into a thousand tiny pieces when it lands? Will you post the videos? What great success have other people had with your widget? What painful problem did it solve for them?

In the world of modern copywriting you need to be talking about something fun that they are interested in. You can provide a whole world of infotainment about your product and what they can do with it, be successful with it, make themselves feel better about themselves with it. etc.

You might be surprised at how versatile this can be.

A newsletter copywriter can really jazz up your email in this way and get people responding.

Say you are trying to get someone to click through to your sales page, here’s an example email I successfully sent out to get new clients.

Example Email of an approach a copywriter might use to engage people in the way I described above.

Subject: One sad day in April 1983 luck ran out for a lot of people.

Someone lost his head, yet others hit the jackpot.

Charles Dingle 23, was on parole, high on cocaine and drinking in a bar.

At some point he got into an argument with the bar owner which ended with Dingle shooting him in the head.

Which was one way to win an argument I suppose.

Very quickly Dingle realised the consequences of what he had done and tried to cover his tracks.

First he turned the bar into a hostage situation, holding 4 female (performers) hostage.

Then He took the liberty of brutally raping one of them.

Then, He forcibly pressed another (a trainee mortician) into removing the bullet from the bar owner’s head.

After her failure to do so he ordered her to cut his head off with a steak knife. This, all in a vain quest to cover up the evidence of what he had done.

Wait, it gets better.

His car fails to start, therefore he proceeds to catch a cab with two of his hostages and the severed head in a cardboard box.

After arriving in the Washington Heights district of Manhattan, He promptly fell asleep and consequently was arrested by local police shortly after.

Quite a gruesome story you will probably agree.

But not the worst.

So why is it still talked about and mostly remembered even today, and who did win in this gruesome tale?

It’s all to do with the reporting of the incident.

The front page of the New York Times read: “OWNER OF A BAR SHOT TO DEATH; SUSPECT IS HELD.”

“That pretty much covers it, doesn’t it? Ok boys, let’s go home it’s a ringer.”

This is a great example of going the extra mile. To look at it from others eyes and going beyond what you see yourself. Over at the New York Post however they took a different angle.

This was their headline for the story:

and this headline is the reason the story is remembered even now.

It impressively demonstrates the importance of the Headline in copywriting.

You won’t be surprised to learn that these are the techniques I use in the copy I write for my clients, click here to find out how a copywriter might work for you.

That’s a pretty good example of drawing someone into your email by talking about something else and then swinging it back to what you DO want to talk about. in this case hiring a copywriter.

It’s just ONE of the copywriting techniques I use for clients in their newsletters.

What if your copywriter sent out DAILY email like that, do you think people would look forward to reading them?

All the evidence says that they do. What if, just, if, you hired a copywriter and they raised your open rate by 10% over time. Would THAT make a difference to you?

Questions? You must have ‘some’ copywriting questions. start a conversation on my contact page. I’ll get straight back to you.

You can get a quick and easy copywriting proposal by pressing this button. 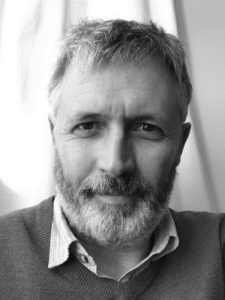 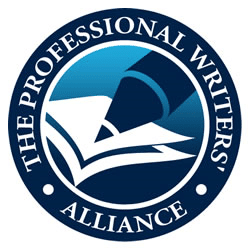 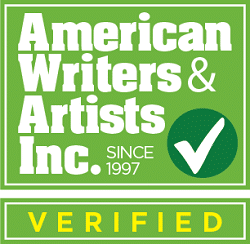